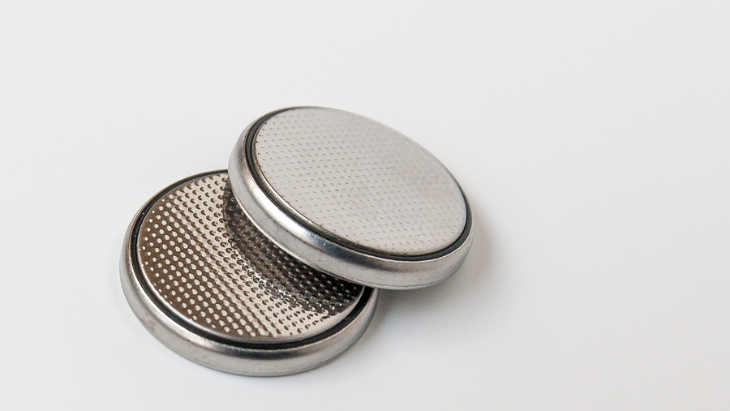 Fair Trading NSW has issued a warning about the light-up wristbands given to visitors of the 2017 Vivid Festival that ended last weekend.

Fair Trading made a complaint and a visit early last week to Sydney's Taronga Zoo, one of the most family-friendly precincts of the festival, and in response, the zoo decided to "voluntarily suspend the issue of the wristbands" according to the Daily Telegraph. NSW Fair Trading has said that the wristbands could cause "serious health issues" if swallowed due to the small button batteries in the band. Any families holding onto their bands as keepsakes are urged to dispose of them.

Blame It On The Batteries

Despite the warning from Fair Trading, Taronga Zoo maintains that their bands met safety standards. A Taronga spokesperson told the Daily Telegraph: “Each wristband consists of five recyclable or reusable parts and Taronga actively encouraged all guests to recycle their wristbands at the end of the night."

Choice: Button Batteries Have To Go

A spokeswoman from Fair Trading emphasised that the alarm was sounded due to the presence of button batteries: “A button battery can get stuck in the oesophagus or elsewhere in a child’s system, burning through soft tissue in as little as two hours, and causing serious illness or death." 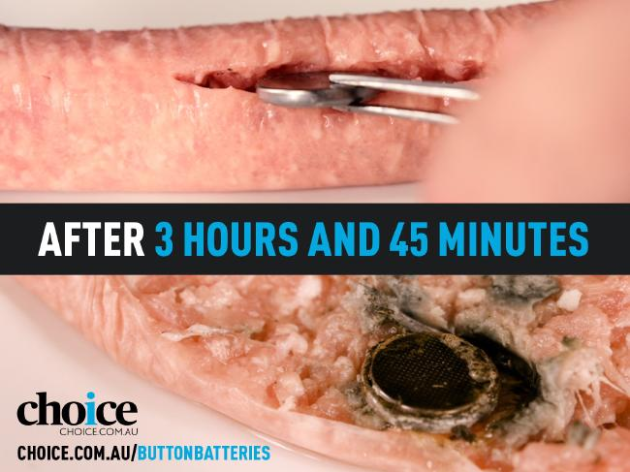 Choice have been warning parents about the dangers of button batteries for years, claiming that we have lost 2 young Australians to them and that hospitals receive around 20 children per week with button-battery related issues. Besides in Taronga's Vivid wristbands, Choice says that they can be found in bathroom scales, hearing aids, reading lights, cameras, flameless candles, games and toys, watches, calculators, torches, laser lights, thermometers, remote control devices that unlock car doors and control MP3 speakers and even musical greeting cards.

What's So Bad About Them?

So, what's so bad about button batteries? Apart from the fact that they can cause death, burn through soft tissue (even leaving little ones with the inability to swallow their own saliva), Choice says that the issues with button batteries lie in these factors:

So, what does Choice want to be done about this issue? Choice wants all button battery powered products to have a secure battery compartment, for batteries of up to 35mm in diameter to be sold in child-proof packaging, for products supplied with a button battery to ensure the battery is secured within the battery compartment and not loose in the product packaging and for products that use or contain button batteries to have clear and concise warnings, making the risk clear to consumers at point of purchase. 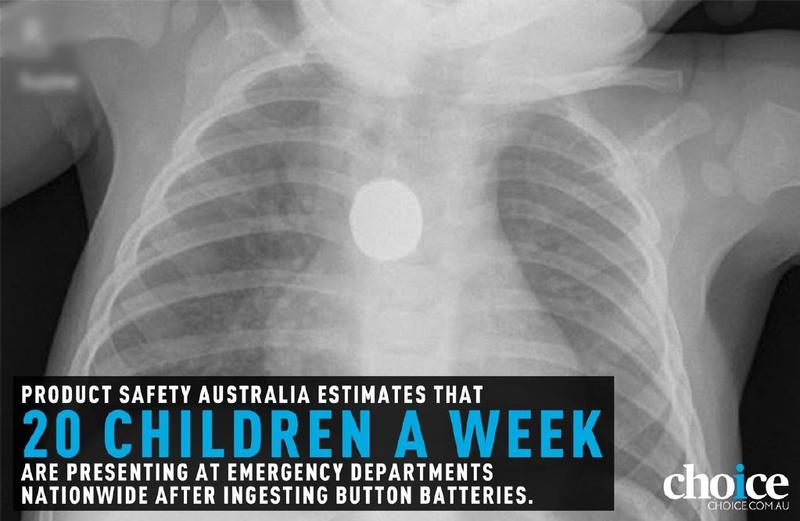 Think Your Child Has Swallowed A Battery?

Here's what to do, according to Choice:

According to the Daily Telegraph, Fair Trading and Taronga Zoo management are working together on the next steps involving this wristband issue.