The Caffeine Drip is Finally Here 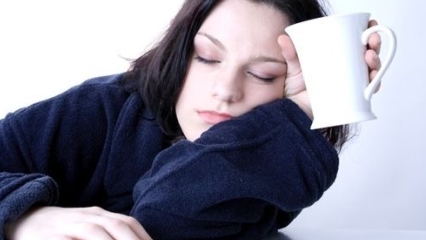 Parenting is full of highs and lows, first steps and explosive poos. But one thing is a given; sleep deprivation. Until you actually have a child in your life it is impossible to grasp what it is like to live day after day without enough sleep. Your heart is filled with love but your head is filled with fog. You need coffee, preferably administered intravenously. Coffee is your best friend.

Well, now you may have a new best friend. We’ve discovered a unisex rubber bracelet called Joule, that looks similar to a fitness band which holds a caffeine patch in place. Working in the same way as a nicotine patch does, it administers a dose of caffeine, about equal to one cup of coffee, over the course of four hours. In a discussion with Tech Insider, co-founder of Joule Adam Paulin said: “Joule was created to help caffeine consumers emphasize the highs of their caffeine consumption experience while eliminating the lows". The idea is that as the dose is administered gradually over time, the effect is more controlled and predictable.

Parents may have even more reason to embrace this new technology because aside from being at least 30% more sleep deprived, they have the least amount of time to actually sit and enjoy a cup of coffee (statistics entirely made up but possibly true), at least without little hands grabbing it, knocking it or trying to drink it. And if you happen to be having “one of those days” the Joule band is safe to use alongside your usual coffee or energy drink for an extra boost. Tried and tested (kind of)

The patches have been approved by the FDA in America, and while there has been insufficient testing to date to prove its effectiveness, at around $1 per use, it’s might be worth a try. Currently in a crowd-finding phase you can pre-order yours at the Joule Indiegogo page, but they won’t be available until July, so don’t throw out your coffee mug just yet.

Ellaslist wants to hear from you, would you use a caffeine patch, or do you prefer a real life cup of coffee?