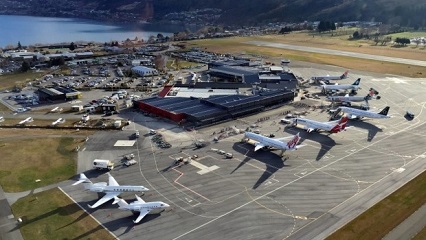 An Australian family travelling to New Zealand for a holiday have been left shocked and disgusted after their French Au Pair was locked up and then deported for telling immigration officers she “might look after the kids” if the parents went out for dinner.

Eighteen-year-old Manon Pache had been working for the Johnston family in Australia for four months and was considered a friend. When they planned their family trip to New Zealand they offered her the choice of the weekend off in Australia, or to accompany them on the trip. Dr Pip Johnstone told Stuff.co.nz “My husband and I gifted the flight to her as she has been such a wonderful friend to our family.” Aupair Manon Pache Would Have Been Terrified[/caption]

Locked Up and Deported

Authorities then refused Ms Pache entry, on the grounds that she would be undertaking childcare duties in return for her travel costs, constituting work. They then held her in police custody overnight, until she could be returned to her native France the next day. Immigration New Zealand (INZ) national border manager Senta Jehle said: “Regrettably INZ has no facilities to accommodate passengers at Queenstown, Wellington or Christchurch airports when it is closed and Police custody is the only option available.”

ellaslist wants to hear from you, do you think that Border Control did the right thing, or is this going too far?