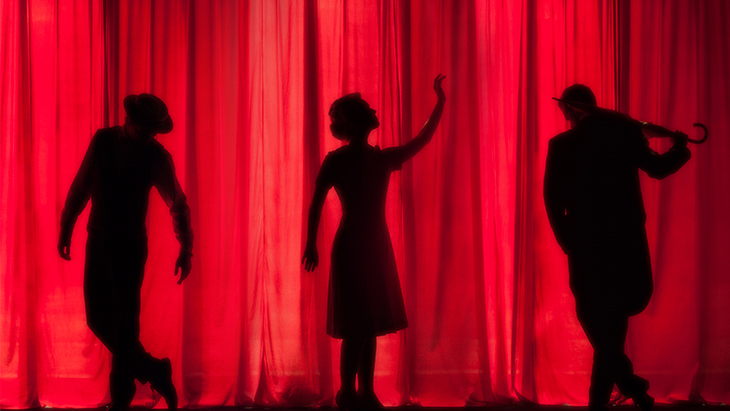 Puff, the magic dragon… Where will you hear the craziest stories that let your child’s imagination run wild and help to teleport them from the ordinary, chaotic modern world into the magical wilderness? Only in the theatre! We’re huge fans of the “off-screen” quality time with our kids – and theatre is one of the most nourishing experiences they can get. So here is a carefully-picked list of the most wondrous theatre shows and performances for the Spring season.

The Lion The Witch & The Wardrobe 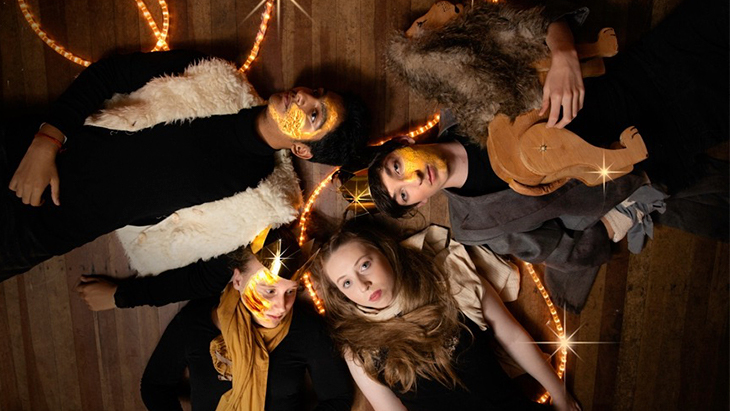 Based on the books by C.S. Lewis, The Lion The Witch & The Wardrobe is the most extraordinary journey through the wooden wardrobe and straight into the magical forests of Narnia. Also: this is the story of bravery, friendship and the power that children have to change our world. Your kids will join three ordinary children – Lucy, Peter and Susan – as they try to rescue their brother Aslan, defeat the White Witch and bring summertime back to Narnia. Brought to life on stage by the artists from Marian St Theatre for Young People, it is best for kids aged 4-12.

The tip: Each Friday afternoon is reserved for a 'relaxed performance' – an ideal environment for people with small babies, disability or some form of sensory sensitivity. Lighting is left on, and people are welcome to come and go from the theatre if they need.

Fiddler On The Roof Back In Sydney 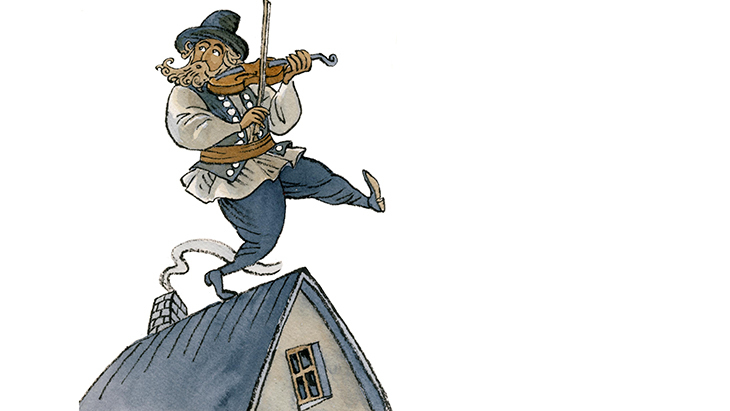 Best for the kids and teens, this Broadway's classic can bring happy tears to your eyes (and you can tell your kids right and then: it really is OK to cry!). After 40 years, Willoughby Theatre Company brings the musical Fiddler On the Roof back to Chatswood with a full score, scenery and costumes to delight every age group. Practise ahead of the performance so that your crew can belt out If I Were a Rich Man along with the actors.

Where: The Concourse’s Theatre, Chatswood 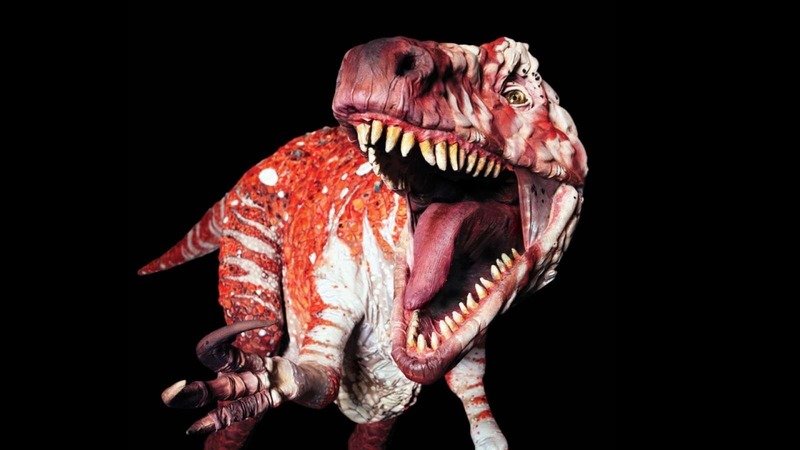 If your kid is still into dinosaurs and prehistoric times, this show will give him some proper thrills. Erth’s widely acclaimed performance at the Sydney Opera House takes audiences back in time into a new dimension of theatre. The kids will have an opportunity to get up close and personal with all the wild creatures from the bygone era: from cute baby dinos to some of the largest carnivores and herbivores that have ever walked the planet, while also connecting to the real science of palaeontology. Best for ages 6+.

The Mikado By Gilbert And Sullivan Opera Sydney 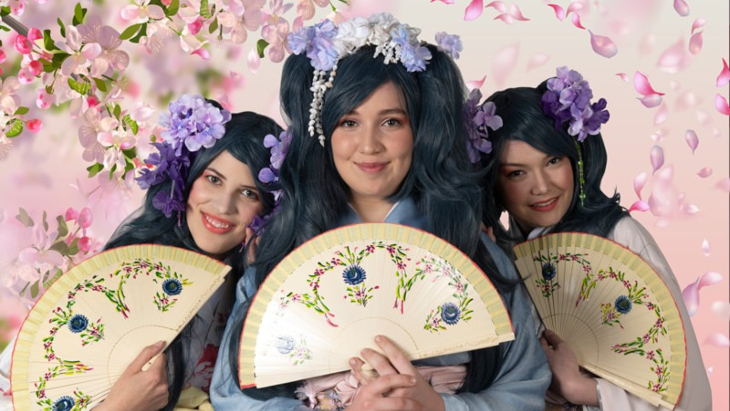 One of the most frequently played comedy opera pieces in history, The Mikado has been given a fresh new spin by Gilbert and Sullivan Opera Sydney and features the fun-filled traditional story told in an exciting new context! Expect all the delightful tunes and hilarious antics, along with a few new surprises along the way. The lavish production has a stellar cast of performers and each production will be accompanied by the exhilarating 28-piece Gilbert & Sullivan Opera Sydney Orchestra! The Mikado is only playing for a strictly limited season, so get in quick! 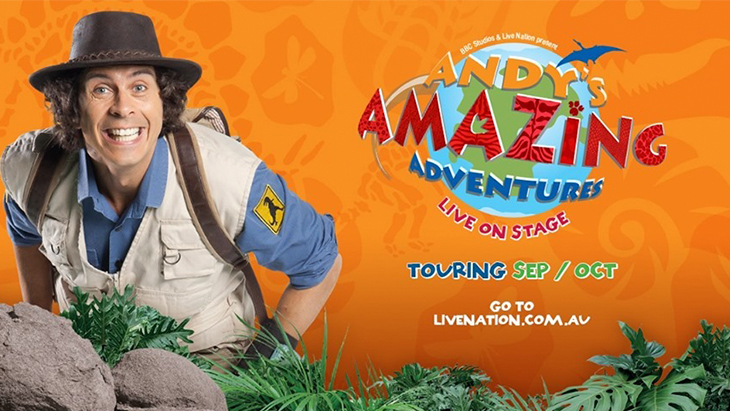 If you don’t know Andy, the Bafta-nominated presenter and flamboyant prehistoric-times explorer Andy Day, you must have been living under a Jurassic rock. This amazing and knowledgeable guy is coming on another adventure – this time to Down Under! For the first time ever the star of ABC Kids and CBeebies Andy's Wild Adventures, Andy's Prehistoric Adventures and Andy's Dinosaur Adventures will be visiting theatres across Australia during the September and October school holidays to delight his Australian fans LIVE on stage. He’ll come to Sydney on the weekend of 21-22 September.

So, don’t get too extinct (sorry: excited) to forget to buy the tickets for your kids. This shapes up to be a show of prehistoric proportions! 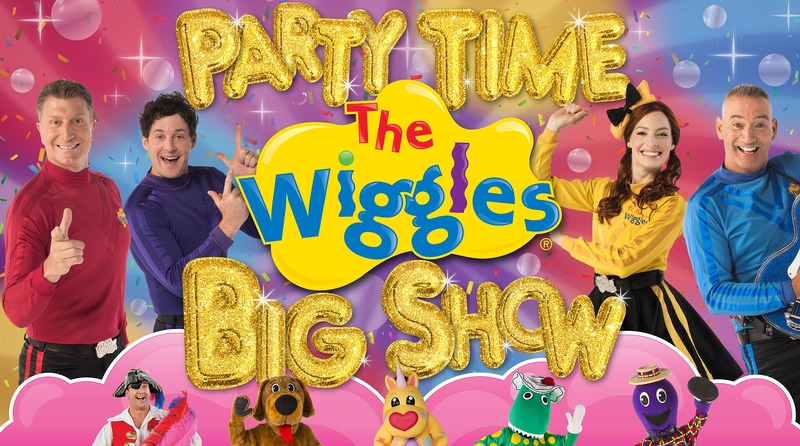 Get ready to wiggle!

The Wiggles are bringing their brand-new ‘Party Time! Big Show!’ around the country this coming November, December and February!

The ‘Party Time! Big Show’ will feature all your favourite Wiggles songs such as ‘Do the Propeller!’, ‘E-M-M-A’, ‘Hot Potato’ and ‘Rock-a-Bye Your Bear’, as well as some hits from their dazzling new ‘Party Time!’ album and more Wiggly classics! Emma, Lachy, Simon and Anthony will be joined by Dorothy the Dinosaur, Captain Feathersword, Henry the Octopus and Wags the Dog as well as their brand-new Wiggly Friend; Shirley Shawn the Unicorn. You’ll also see the Wiggly Dancers, Santa Claus, dancing reindeers and much more!

You can buy your tickets here, and they promise to sell like… Hot Potatoes! 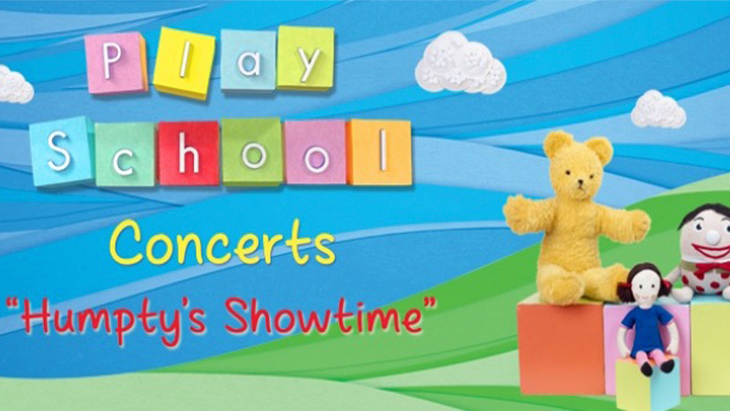 Hello, Play School! Everyone’s favourite children’s TV show is heading on a national concert tour called “Humpty’s Showtime”. You can join Humpty as he gathers together all the fluffy Play School Toys to help with the big spectacular surprise show this September and October. There are starring roles for Jemima, Big Ted, Little Ted and guest appearances from other Play School favourites along the way. Filled with fun songs to sing and dance, this 40-minute show will delight Play School fans of all ages.

Where:   Various locations throughout NSW. Check the website for details. https://www.kidspromotions.com.au/whats-on/85-humptys-showtime/bookings