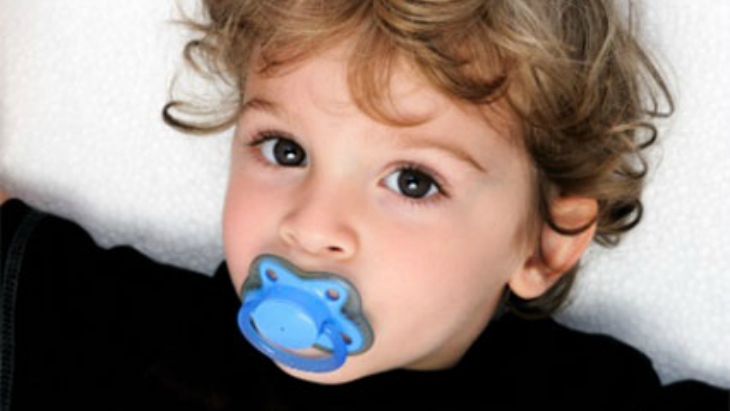 There was a milestone in our house last week. My 3yo’s last remaining dummy made its final exit. Now this was a huge thing! My son has been addicted to his dummy at night since he was about 6 months. Rattling it metres away from him would stop him in his tracks and a look of calmness and sleepiness would glaze over him. It was amazing and to be honest, a tool we weren’t super-keen to get rid of during those first couple of unsettled years.

But as he moved from toddler to preschooler, we knew the time had come to start looking at strategies to say goodbye to the dummy for good. There is heaps of advice on the subject but here are the best tips I found which helped my son ditch his dummy.

When to ditch the dummy or in fact, whether to allow your child to have a dummy in the first place attracts strong opinions but don’t forget, it really is entirely up to you. We chose not to read any advice on the perfect time and go with our instincts as to when our son was ready, reminding ourselves that we’d never met an adult with a life-long pacifier addiction! At age 2, we’d moved our son across the world into a new city, a new home and a new daycare. Probably not the best time to take away his plastic bobble of comfort! We were hoping he’d stop using it by himself. That didn’t happen so we had to coax him along using the following tactics.

Lunchtime naps and night-time were the only times our son had a dummy so we decided to take away the dummy for his day sleeps to begin with. His daycare succeeded with this quicker than we did, within a couple of days. That then made it easier for us at home.

One way of getting young children to process new ideas and changes is to introduce relevant books. When he was 2 I found a copy of the ‘The Last Noo-Noo’ by Jill Murphy and read it to him often during that year. It was a great way of introducing the subject in a fun way.

Since he turned 3 a couple of months previous, I had been broaching the idea that big boys did not need dummies and that there were babies out there who didn’t have one. ‘I’ve got a good idea…wouldn’t it be nice for you to give your dummy to a baby who doesn’t have one?’ met with the selfless reply ‘Yes, that’s a good idea but not today, later’. Not an outright refusal at least! There are lots of alternative ideas out there…leaving it for the dummy fairy, burying it the garden – just choose the story based on what you think will work for your child.

5. Bring Out A Special Reward

It was the promise that we would go to the toy shop and he could pick a new LEGO toy that finally pushed his reply of ‘ Later’ to ‘OK, today’. Marking the occasion with a celebration or special reward is pretty much guaranteed to persuade the most reluctant of children to part with their dummy.

Once I’d got him to agree on the day, we carefully placed his dummy in a gift bag and wrapped it up in several layers of paper. We then wrote his friend’s baby brother’s name on the parcel and left a note for the postie explaining what was happening. This was really useful when later that night he got really upset and wanted to go and get his dummy from Baby Rian’s house. I explained that the postman had it and it would take 2 weeks to be delivered (nothing wrong with a little white lie here and there eh!). Whatever your tactic, it’s really important to follow through and not reach for the dummy when they get upset, which they inevitably will do. Comforting them through talking and patting will help reduce any anxiety and relax them.

The whole ‘dummy dumping’ process has been a lot easier than we ever expected. Yes, there were a couple of evenings when he was upset but not for long. We’d love to hear other top tips on how you have dumped the dummy.

When my Niece's were ready to give up their dummy's my Sister told them to leave them out for the Dummy Fairy to give to new babies and the fairy would leave them a present. It worked a treat!