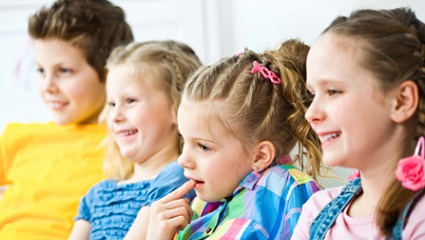 With rumours of an Antarctic blast to hit Sydney any time now, banish the thought of braving the weather to get to an indoor play centre or cinema complex. Grab a doona and some popcorn and cuddle up on the couch with some classic movies for kids.

One of my treasured movie memories is watching gorgeous Christopher Reeves delight my five-year-old as everyone’s favourite superhero. Watching her jaw drop as she realised he could fly, and seeing her tense in anticipation and relief when he caught Lois as she fell from the helicopter, recaptured for me what childhood is all about. But be warned: do not, under any circumstances, let anyone you care about watch Superman III. Beyond dreadful.

Need I say more? Aliens, flying bikes, Hollywood in-jokes, strangely absent parental figures… this movie has it all. The comic appeal of an intoxicated alien is balanced by the sadness of E.T’s illness and apparent death – which was almost overwhelmingly sad for my four year old but her joy at his resurrection was beautifully profound.

Yes, it got panned by the critics and reportedly Steven Spielberg doesn’t hold it amongst his best work, but Robin Williams is his best, ad-libbing form as Peter Pan and Dustin Hoffman as the deliciously dastardly Hook make this a classic. Also, the name-calling scene is genius. Bangarang!!

I know I’m not the only one who spent the latter part of the eighties (and probably more of the nineties than they should have) thinking that Marty McFly was the perfect man. I have to admit, I have not shown these to my kids yet. I adore them so much that I don’t want to risk showing it to them before they are old enough to appreciate its brilliance. I’m anticipating quite a discussion around the fact that, in Marty and Doc’s trip to 2015, there are giant man-eating shark hologram billboards, self-drying clothes and hoverboards… and why don’t we have those yet, huh?

“Number Five is alive!” and he is the cutest robot protagonist before Wall-E. My kids found it utterly hilarious. Parental Warning: some of those eighties movies featured rather potty-mouthed scripts and this one is no exception – but it also features the immortal robot insult “Hey, laserlips! Your mother was a snow-blower!” so in my view it can be excused the odd fishing word.

One of my earliest memories was seeing The Empire Strikes Back at the drive-in (yes, I am really that old!).
Of course, things are very different now, and one of the first things you need to do if you plan to show George Lucas’s masterpiece to your kids is decide in which order to do so. Order of release or episode number order? I recommend neither – try the “Machete Order”, in which you watch Episodes IV, V, II, III and VI in that order (Starting with Star Wars and finishing with Return of the Jedi). Ditch Episode I completely, thereby saving yourself the pain of watching Jar Jar Binks, the most annoying character ever created. For a far more extensive explanation of the Machete Order, see here.

Who doesn’t just adore the original? Kids will still watch in awe as the group of nasty little golden-ticket finding brats and the wonderful Charlie Buckett enter Mr Willy Wonka’s Chocolate Room. Oompa Loompas, golden-egg laying geese, lickable wallpaper, a rather tense boat ride, and a human-turned-blueberry Violet Beauregard, this film is not short on magic…or chocolate! If you’re still looking for a reason to watch this again, just remember that it’s the late Gene Wilder’s most incredible performance.

Now this one’s a real blast from the past! Half live-action, half cartoon, this is the journey of some London-born children who travel to a faraway island, ruled King Leonidas, a hot-tempered Lion, via their bed. Evacuated from London during the war-time. these kids couldn’t possibly have dreamt they would end up living with an apprentice witch as a temporary house-mother, who makes sure their stay is full of magic, and out-of-this-world adventures.

Heather Gow is a mother of three and a step-mum of one. She’s on a break from her psychology career and is currently kid-wrangling full-time. She writes stories for children when hers are asleep. She blogs infrequently and tweets lefty political rants. She lives in the Eastern Suburbs and can generally be found somewhere on the endless loop between school, daycare, swimming lessons, gymnastics and Nippers.