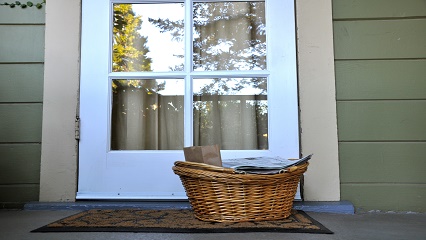 Rodel Acuna was up late watching TV in his Griffith home when he heard his doorbell ring just before midnight on Sunday 21 February. Opening the door, he found a baby boy wrapped in a pink cloth outside the door, with a note saying he was born at 10 am on Friday 19 February 2016.

After calling his wife, they notified the police immediately. Police believe that the mother is most likely a teenage girl. A note was allegedly found saying: please take care of my baby, I’m 14-years-old and if my parents know they will kill me.

The baby boy was admitted to Griffith Base Hospital and is in good health with no visible injuries.

A spokeswoman for the Murrumbidgee Local Health District said the baby had been discharged and is in the care of Family and Community Services (FACS) staff.

Police are concerned for the health and welfare of the mother of the child and are appealing for her to come forward to receive medical care. After some investigation, it was discovered that the child was not born in a local hospital. It is believed that she had assistance in some way with the birth and urge anyone with information on the mother’s whereabouts to come forward and contact Griffith Police via Crime Stoppers.