Mum Uses Facebook to Shame her Son for Bullying 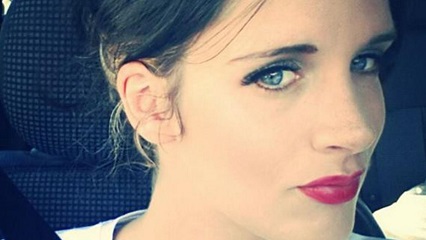 In a post that went viral, single mum Terri Evans has blasted her son for bullying a new girl at his school. The UK mother says she arrived to pick her 12-year-old son up from school and saw him stamp on a girls foot so hard it “broke her brand new shoes”. In the Facebook rant, she says she is “absolutely disgusted” and goes on to threaten her son saying “if you so much as breathe in her or anyone’s direction in a bullying manner I will personally hand you over to their parents for every demeaning chore they see fit”. She tagged her son “so his friends could see” and so that he would “know his actions have consequences”.

Her post obviously struck a chord, or a nerve, as it was soon shared thousands of times. Once she realised the post had gone viral she untagged her son, however she did not back down, adding an update which said she “doesn’t care who agrees with her parenting style” and that “embarrassing him online was quite frankly nothing in comparison to the humiliation that little girl had to face”. The post was shared over 58,000 times in a two week period, but has now been removed. However, with news outlets around the world reporting on the story it has been seen by many more people than Facebook statistics imply.

Responses to the post were mostly positive according to The Independent, however some comments criticized the mother for the public nature of her punishment. Alison Kyle said: “This will haunt him forever. A mistake at 12, online now for all to see.” Others claimed she was bullying her own son. A Survey in The Independent asked readers what they thought and the responses were fairly evenly split with 47% of people saying they would do the same while 53% said it was just another form of bullying.

Using public shaming as a form of punishment goes back centuries, most notably in the fictional book The Scarlet Letter, but opinions are divided on whether it works, and whether we should be using it on our children. It seems in this case, the jury is out.

ellaslist wants to hear from you, would you publicly shame your child for bullying?