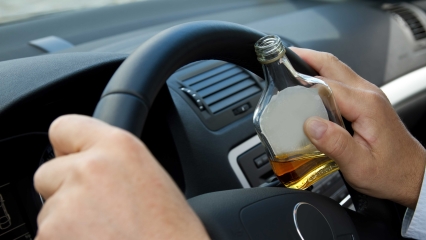 Unbelievable! A man was caught drink driving by police with three kids in the car. Even worse, the two kids in the back seat, aged 11 and 12, didn’t have their seat belts on. But there’s more…he was stopped in a Sydney school zone while picking the kids up from school at 3pm. And to top it all off, his licence had been suspended until 2037.

According to an ABC News Report, NSW Police caught the man in Hammondville, in Sydney’s south-west, after he failed to negotiate a u-turn on Wednesday this week.

“Police stopped the green Ford Falcon and submitted the driver, a 41-year-old man, to a random breath test with a positive result,” a police statement said.

“The man was arrested and taken to Liverpool Police Station, where a breath-analysis test allegedly returned a reading of 0.214.

“Checks of the man’s driver’s licence showed that he had been disqualified from driving until March 31, 2037.”

The man was charged with high-range drink-driving, driving while disqualified and two counts of driving with children who were not restrained.

He was refused bail to appear at Liverpool Local Court today (25 June 2015).

Wow, it could have ended in such a disaster! Some people just don’t deserve to be parents!