A bubble sports party at the Bankstown YMCA is fun and easy for everyone involved, you might even see some parents jumping into foam pits or climbing into a giant bubble as part of the fun! 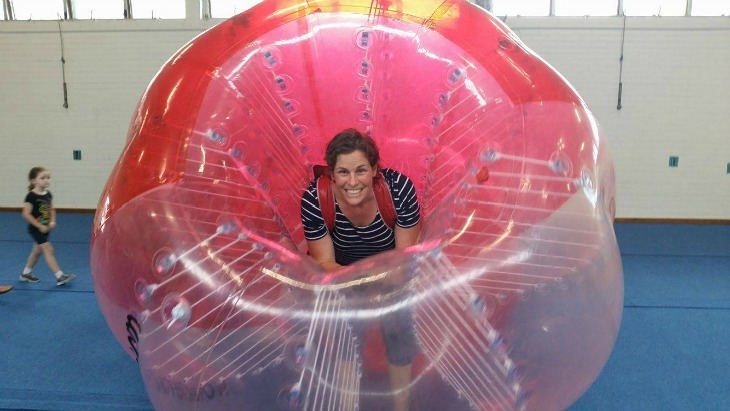 23 excited kids arrived at the Bankstown YMCA (which despite the name is in Revesby), and there was plenty of parking in the side streets around the centre and we were greeted at the door by the first of several friendly, efficient staff members.

The party space which was reserved for us was a large vibrant room with attached kitchen and plenty of room for games, decorations, and tables.  We were only briefly in the room before the fun and games started but returned later for food and winding down.

The YMCA staff were so fantastic, right at the allocated start time they guided the large group of children into the gymnasium.  The Bankstown YMCA runs gymnastics classes during the week and on weekends, so has a fantastic gymnasium with qualified teachers, and excellent equipment.

Heaps Of Activities To Give A Go

The two coaches started by organising a few games to ramp up the energy and then a series of movements and stretches to get the kids ready to move. The staff were excellent at identifying the skills level of the children (we had a range from 4 years old to 12 years old, with most of them 6 and 7) and tailoring the activities to their needs. 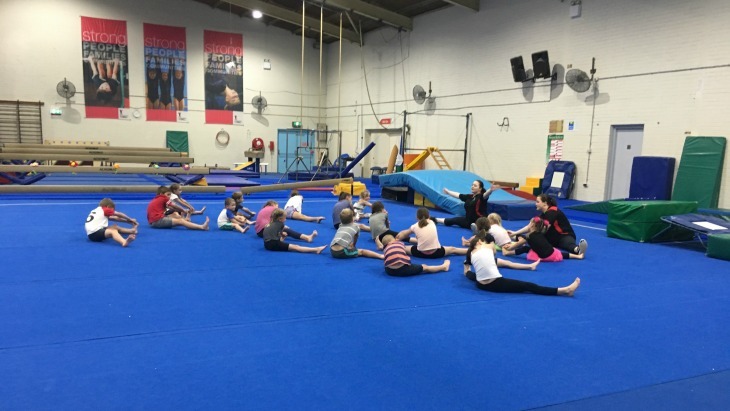 The gymnastics portion of the party went for 45 minutes and was enjoyed by kids and parents alike.  The children rotated through two different obstacle courses with trampolines, slides, rings, balance beams, ladders and so much more.  Each course was demonstrated and skills explained before the kids were let loose. The instructors were available to help kids on specific tricky apparatus if needed. But by far the most exciting portion of the gymnastics session was the foam pit.  All the children (and some of the parents) had a great time running, jumping, and launching themselves into the massive foam pile.  There were flips and tricks, belly flops and dives as the kids experimented and laughed. 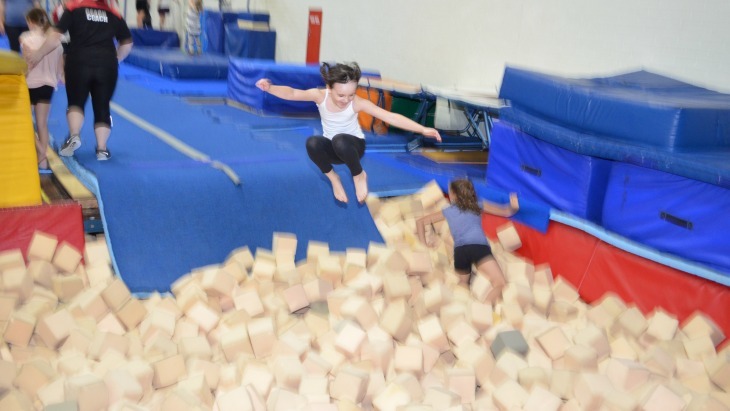 Then it was time to move into another room where another enthusiastic and entertaining YMCA staff member showed the kids the “bubbles”. 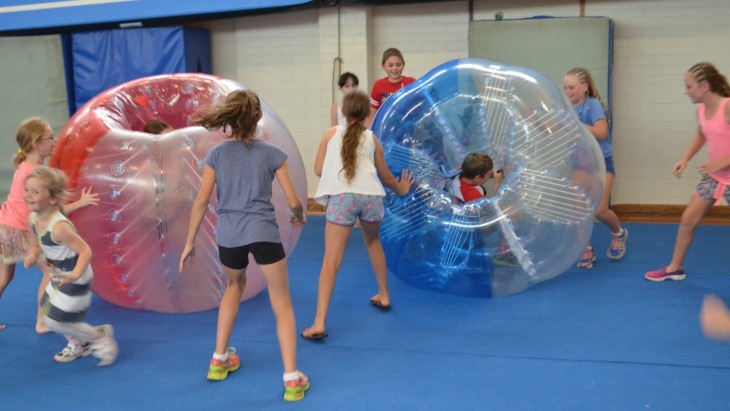 The suggested age for bubble sports is 7+, and refers mostly to the children being large enough to stand up while wearing the bubble.  The bubbles are large round donuts with a harness and handles inside that you simply slip into. 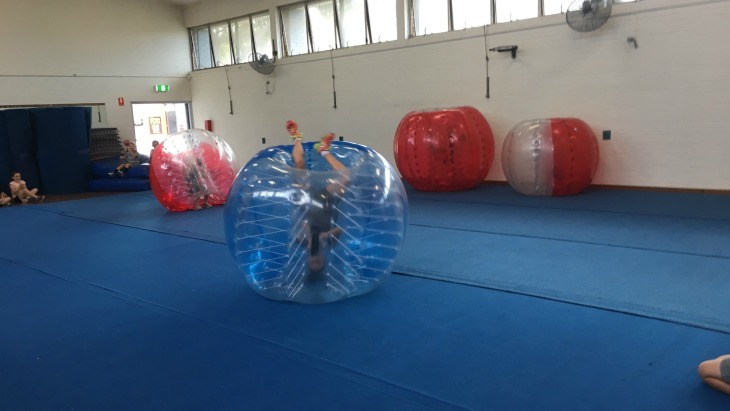 The kids (big and small) had so much fun.  Firstly, they did some relays, then some battles and finally some free-rolling.  Those that weren’t big enough to climb inside had just as much fun pushing the bigger kids around the room.  There was even an adult sized bubble and this EllasList Explorer had a few rolls herself – it really is good fun, if a bit disorientating. Something For Every Age Group

Whilst the bubble sports were happening the smaller children were also playing on a climbing wall in the same room- it was great that there were so many options for such a diverse group.  As fun as the bubbles were, with only 4 of them to share, and given that it was quite exhausting, our time with them didn’t last too long.  The YMCA staff member clearly recognised the flagging attention spans and got everyone involved in a game of dodgeball. 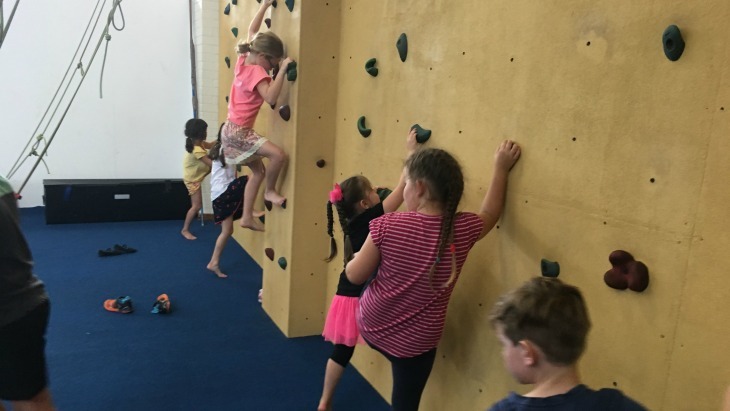 As everyone was tagged “out” in dodgeball we were guided into yet another space (we had the whole building to ourselves) were we participated in relays of different sorts on low skateboards.  It was fabulous to see the kids help each other and work as a team. 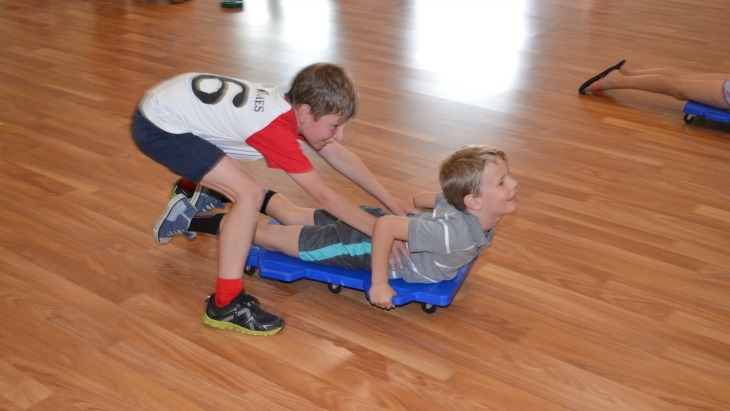 Whilst the bubble sports themselves were recommended from 7 years, the younger children in our group, including 2-year-old and 4-year-old siblings were equally as engaged and encouraged to participate when they could.  There was plenty of opportunity for parents to get involved and participate with the kids, or with older kids to simply sit back and let them go at it. 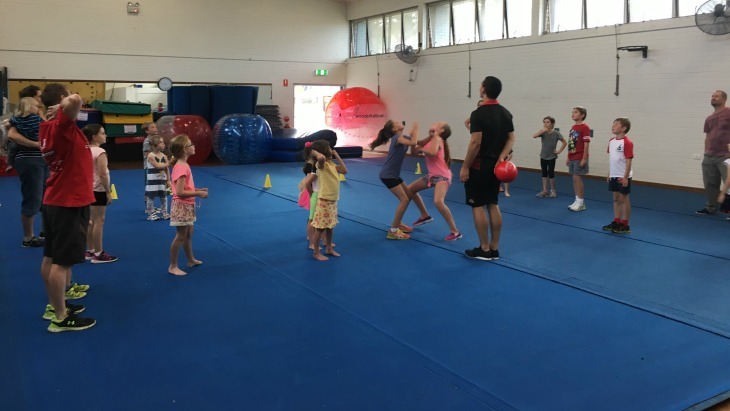 Plenty Of Energy Will Be Burnt

The kids had worked so hard and were ravenous, so when food was announced they eagerly raced back to the party room and devoured a stack of pizzas collected from one of the local stores.  For such a varied group of kids, they all participated well and thoroughly enjoyed themselves.  It was great to see them move and test their physical boundaries and there certainly were some tired kids at the end of the day. 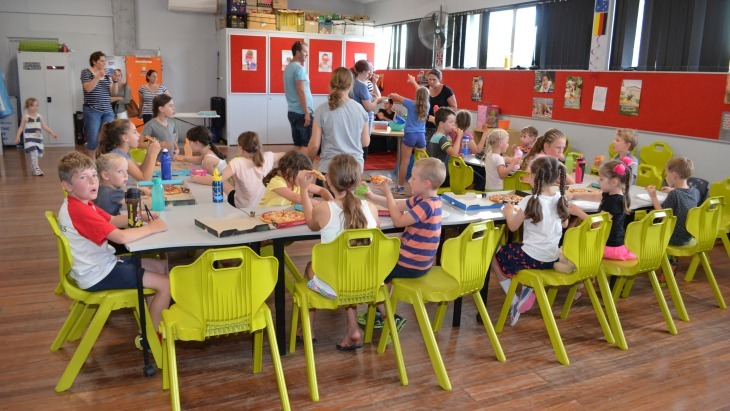 A YMCA bubble sports party is a great idea.  It was so easy to organise, you just turn up at the venue and everything is taken care of.  The staff were amazing, there was a great party space for the kids to gather beforehand, eat in and play in before it was time to leave.