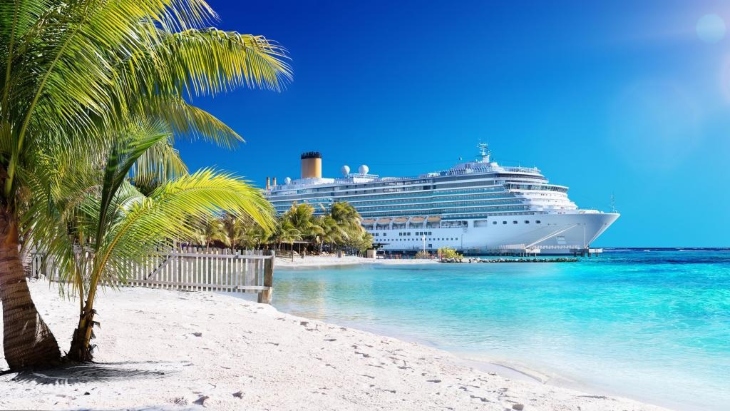 Get ready to sail the high seas again because cruise ship holidays are returning to Australia, except there’s a slight catch.

While fans of cruise ship holidays may be rejoicing over news that cruise ship fleets are returning to full force across the world, Australians will have to take a slight detour in order to board the vessels and enjoy their aquatic vacation.

Despite these official communications, many are reluctant to start preparing for a reopening as industry insiders caution that the ban may be extended.

"The Australian Government has extended the cruise ship ban to 17 December 2021, but this does not mean the ban will be lifted at that time," said Joel Katz from the Cruise Line International Association when speaking to 9News. Despite the excitement brewing over a potential return for cruise ship holidays in Australia, it’s easy to see why some are a little gun shy over the impending relaxing of restrictions.

It's reported that even if the cruise ship ban gets lifted in December it will still take months for cruise ship companies to be up and running again. The double standard of international borders reopening yet cruise ship holidays still being banned is causing a bit of a stir among the cruising community and prompting Aussies who can't cruise from home to travel overseas to destinations like Fiji and Miami to get their cruising holiday underway.

In early 2020, cruise ship liners such as the Diamond Princess and the Ruby Princess were the source of major COVID-19 outbreaks, which sadly resulted in a number of deaths and a Special Commission Inquiry. It makes sense that government and health industry officials are keen to lock in solid protocols before allowing passengers to head off on cruise ship holidays in Australia again.

Despite the hesitations, the dialogue from government officials seems to be a positive one with all signs indicating that a summer full of cruising could be on the horizon in 2022.

“Once 80 per cent vaccination has been reached, there is no reason why domestic and international cruising cannot begin this summer in a similar way to the opening up of international aviation,” said a Department of Infrastructure spokesperson in a statement provided to 9News.

The government continues to work with the states and the Northern Territory on the process moving forward, including quarantine arrangements for the predominantly international crew and for foreign passengers."

So, while there might not be a clear date in the diary, with many of the travel industries gearing up for a full return to service you’d expect cruise ship holidays in Australia to follow suit in the coming months. Fingers crossed you’ll be able to pack up the wide-brimmed hat and prepare for a summer of fun in the sun!