Could Good Parenting Actually Hurt Us? 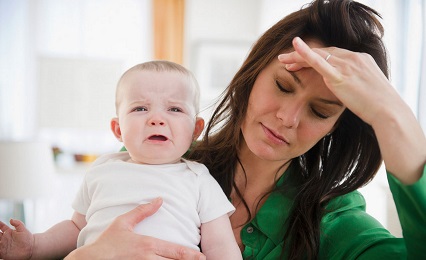 At the end of even the best days, parents are exhausted. Looking after kids is physically demanding, but it’s the emotional toll that has us slumping on the sofa with a glass of wine or a tub of ice cream the second the little ones are asleep. It can feel as though we’ve been broken, but did you ever wonder if it could be doing actual harm? A team from Northwestern University have studied the physiological effects of parenting and the results are a little scary.

The study, which focused on parents with adolescent children, found that when parents were more empathetic, both the parents and their children were psychologically better off, with superior emotion regulation and self-esteem. These children were also physiologically healthier with lower levels of inflammatory markers.
However, the parents’ cells showed signs of chronic inflammation and elevated stress hormones.

Why are good parents more stressed?

The theory is that empathetic parents may focus on their children’s feelings over their own, and sacrifice things like sleep and exercise for their kids. A separate study revealed that parents that put on a happy face for their kids, by either suppressing negative emotions or amplifying happy emotions “may lead parents to feel worse themselves”.

So what should parents do?

The researchers have said the study shouldn’t discourage empathetic parenting, due to the obvious benefits. But parents need to learn to look after themselves as well as their kids, by making sure they get enough sleep and exercise, and also by reducing stress. Hmmm…easier said than done! We’re guessing the researchers might not have kids of their own!

ellaslist wants to hear from you, do you sacrifice your own health for the sake of your kids?

yes its killing me I have no life