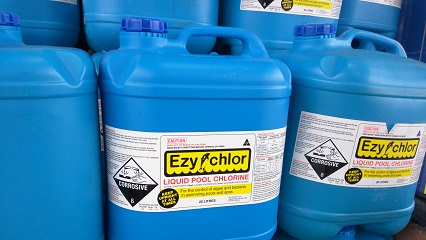 Think Noisy neighbours are a pain? While parents are used to their fair share of loudness, there is no disputing that noise annoys. One Sydney dad has been left with permanent eye damage after an ongoing feud over noise has escalated into an attack, police are alleging.

A 45-year-old dad of two was in his yard in Ramsgate Avenue, Bondi, playing with his daughter on the trampoline on Saturday afternoon, when an argument supposedly started between the father and his 31-year-old next door neighbour. It appears there had been an ongoing dispute over noise between the neighbours, and the men may have argued over a party the younger man had the night before.

After sending his daughter inside, the father was allegedly attacked by the younger man, who threw chlorine over the fence in his face, causing permanent eyesight damage. The neighbour claimed the chlorine was being used to clean the property, which he was in the process of moving out of when the incident occurred.

Police arrested the 31-year-old man and charged him with grievous bodily harm. Officers have said that the attack was deliberate.

The man was granted strict conditional bail and is due to appear in court on 30 March.

Over in the USA, another family is locked in a noisy neighbour battle. A dispute between a family of six and the couple next door has escalated with both sides suing. The family claim that after the neighbours made complaints to council about a playhouse in the yard, they started to play loud music with offensive lyrics whenever the children would go out to play. The couple are counter-suing for loud and obnoxious noise from the play area.


ellaslist wants to hear from you, have you ever had noisy neighbours?