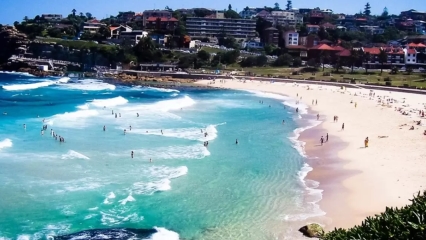 Hang onto your babies! This is scary news!

A man has allegedly tried to abduct a 7-week old baby from his mother at the popular Bronte Beach, in Sydney’s Eastern Suburbs on Monday night.

The 31-year old woman was lying on her towel on the sand when a man, unknown to her, tried to grab her baby. The woman pushed him away and a struggle ensued. Nearby lifeguards were alerted and intervened.

The man, aged 38, was later arrested by local police.

The woman suffered minor injuries but did not request medical treatment.

Caught in the Act

The man has been charged with child abduction and common assault. He made an appearance at Waverley Local Court on Tuesday where bail was refused. He is due to appear in court again on 16 February.

Police are continuing with their investigations and are urging any witnesses who have not yet provided a statement to contact them.