Are You Smarter than your Siblings? 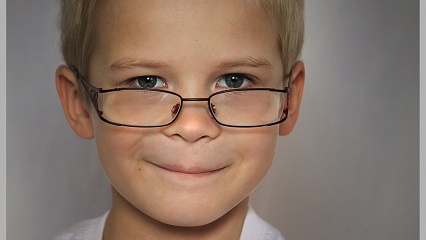 There is an ongoing debate about the effects of birth order, with people saying that first-borns are high-achieving perfectionists while middle children are known as peacemakers and people-pleasers and last-borns are fun-loving attention-seekers. A new study has found that contrary to popular belief, birth order has no effect on personality, but it does on intelligence.

No Link between Birth order and Personality

A new study from the Leipzig University is the second largest ever undertaken to study the effects of birth order, analysing data from more than 20,000 adults across Germany, the US and Britain. While psychologists and families have argued for decades over whether personality traits linked to birth order were simply a myth, this intensive study has found no link between personality traits and birth order. While this contradicts not only existing research but many people’s instinctual beliefs, the size of the study adds credibility to the finding. Large studies such as this are needed to find influences due to the multitude of other factors involved.

What the study has found is that there is a slight drop in IQ, about 1.5 points, with each younger sibling. Interestingly, older siblings were also more likely to think of themselves as smarter, with more agreeing to statements about understanding things quickly, understanding abstract ideas and have a richer vocabulary.

First-borns may be smarter because they tutor younger siblings[/caption]

Don’t get Too Excited yet, First-borns!

While first-borns may be basking in the glow of this new research, it is important to note the drop is significant across large samples, but Professor Schmukle makes clear in The Independent “it is barely meaningful on an individual basis because it is extremely small”. He hastens to add “And even though mean scores on intelligence decline, in four out of 10 cases, the later-born is still smarter than his or her older sibling," Typical younger brother thing to say!

What causes the Increase in Intelligence?

One theory as to why older siblings may be smarter is their role in “tutoring” younger siblings, which is intellectually demanding and may lead to an increase in intelligence. Another factor may be older siblings receiving more one-on-one time with parents.

ellaslist wants to hear from you, who is the smartest in your family?